The Rawalpindi Development Authority (RDA) awarded a contract worth Rs. 22.8/- billion to the Frontier Works Organization (FWO) for the construction of Rawalpindi Ring Road from Rawat to Thalian stretching 38.3 kilometers long.

One such project is based in the metropolitan city of Rawalpindi, where RUDN Enclave has been catching the investors’ eyes for over the past few months. Inaugurated by Mr. Rahim ud Din Naeem, RUDN Enclave is one of the pioneers of the real estate market in Pakistan who aims to bridge the gap between demographics by providing world class and affordable housing settlement units in the city of Rawalpindi.

Over the last few days, RUDN Enclave has been at the receiving end of good news as the construction of the Rawalpindi Ring Road Project tender offer was approved by RDA, with FWO being the beneficiary. 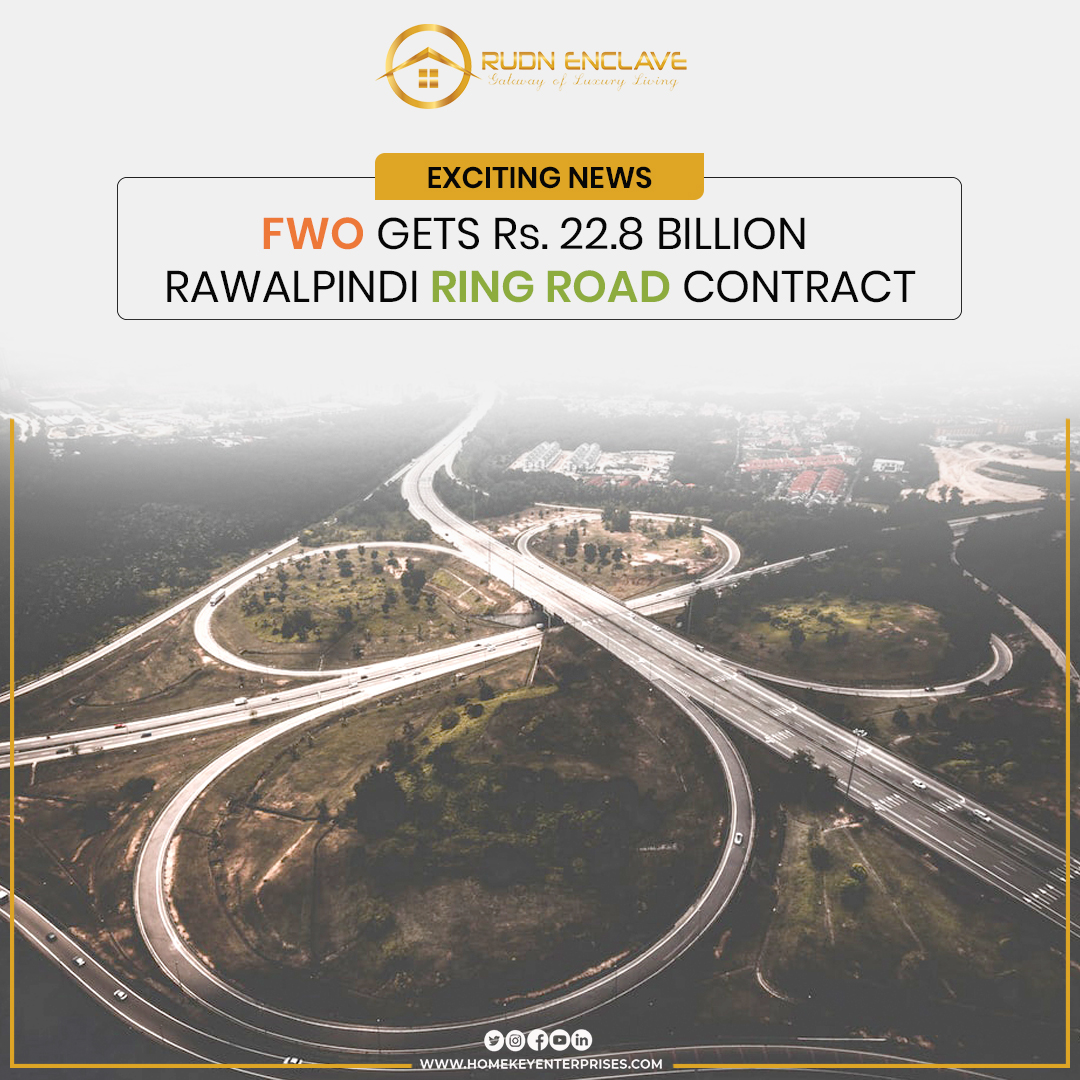 During negotiations the FWO bidded around less than Rs. 300/- million to RDA than the estimated cost. Tariq Mehmood Murtaza, RDA Chairman, announced that the FWO emerged as the lowest bidders of all the interested parties after the executive board opened up technical and financial negotiations in the presence of all concerned.

The FWO has been asked to pay a goodwill fee for security at the rate of five per cent of the contract price which approximately comes around to be RS. 1.14/- billion in the shape of cash, pay order or bank guarantee (on stamp paper) from any registered bank in Pakistan within 15 days from the issuance of the contract letter.

The FWO is governmental organization and it was extremely important to award this contract to a company in the public sector because of the locational sensitivity and efficiency requirements. The Rawalpindi Ring Road Project will be constructed under the 2017 alignment plan after the NHA raised objections after it audited the traffic situation. It was found out that over 33,000 heavy transport vehicles would enter the Ring Road on a daily basis leading to damages in infrastructure and would end up causing many traffic jams during rush hours.

The FWO pledges to construct the Ring Road on high robust standards so passageways to entry into the cities of Islamabad and Rawalpindi is smoothly monitored and accomplished.

How Does This Impact RUDN Enclave

RUDN Enclave will enjoy a special advantage over other housing societies as it sits right on the Rawalpindi Ring Road. Residents over the years will get to enjoy their commute to work and elsewhere on smooth, widely carpeted roads on the Ring Road. The news of the tender offer is set to increase the investor’s interest in RUDN Enclave and payment plans are also set for change due to this development.

Now is the time to invest at RUDN Enclave for a fruitful investment return in the short and long run. For bookings and enquiries, contact us at +92 331 111 0565 or click here to book an appointment.